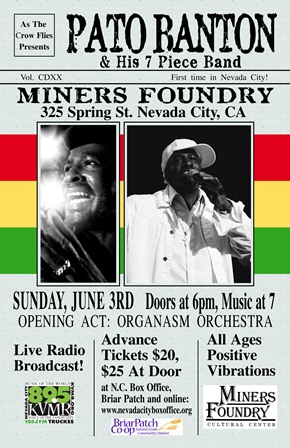 As the Crow Flies Presents is pleased to welcome Grammy nominated Reggae legend Pato Banton, a staple in the reggae scene for over 30 years with his first ever appearance in Nevada County. The concert will feature Banton and his 7 piece band, The Now Generation. Pato Banton’s introduction to the industry began with his work with the ska, pop punk, reggae fusion band, The English Beat. Banton became internationally known in 1985 when he teamed up with the Mad Professor on an album entitled, Mad Professor Captures Pato Banton. Since he has released many successful Reggae albums and performed at countless Festivals around the world. Banton has also had success as a guest artist appearing on albums from popular artists such as Sting and UB40, to name a few.

Banton’s concerts are based on feedback from the audience since he does not write a fixed set list. His charismatic performance has been compared to live theatre where no show is alike and the audience members become participants in the concert experience. Banton’s lyrics are conscious and heartfelt and the dance music from his band is contagious. His rise from a disadvantaged youth to a world renowned Reggae legend has given him an opportunity to be active in his commitment to giving back to communities and fans for supporting him through the years.

After recording more than 13 albums Pato Banton is celebrating his brand new release, New Day Dawning. Signed copies of the new CD will be made available through our very own community radio station KVMR-FM as a premium for new members during KVMR’s membership drive at their booth on the night of the show.

The concert this Sunday follows his appearance as one of the headliners in the Reggae in the Hills Festival in Angels Camp, California. This first time ever appearance in Nevada County will precede a string of tour dates from Northern California to Colorado.

Opening the show will be local world funk fusion band, Organasm Orchestra. Their brand of tribal rhythms blended with jazzy horns, DJ scratches, didjeradoo and conscious lyrics creates a dance atmosphere that promises to warm the audience for a fantastic dynamic show of mega-proportions. Their lineup includes musicians from well known local acts; Grease Grit and Grime, Earles of Newtown and Achilles Wheel, as well as local DJ and producer of the local variety show Bounce Bazaar, Joe Crain. 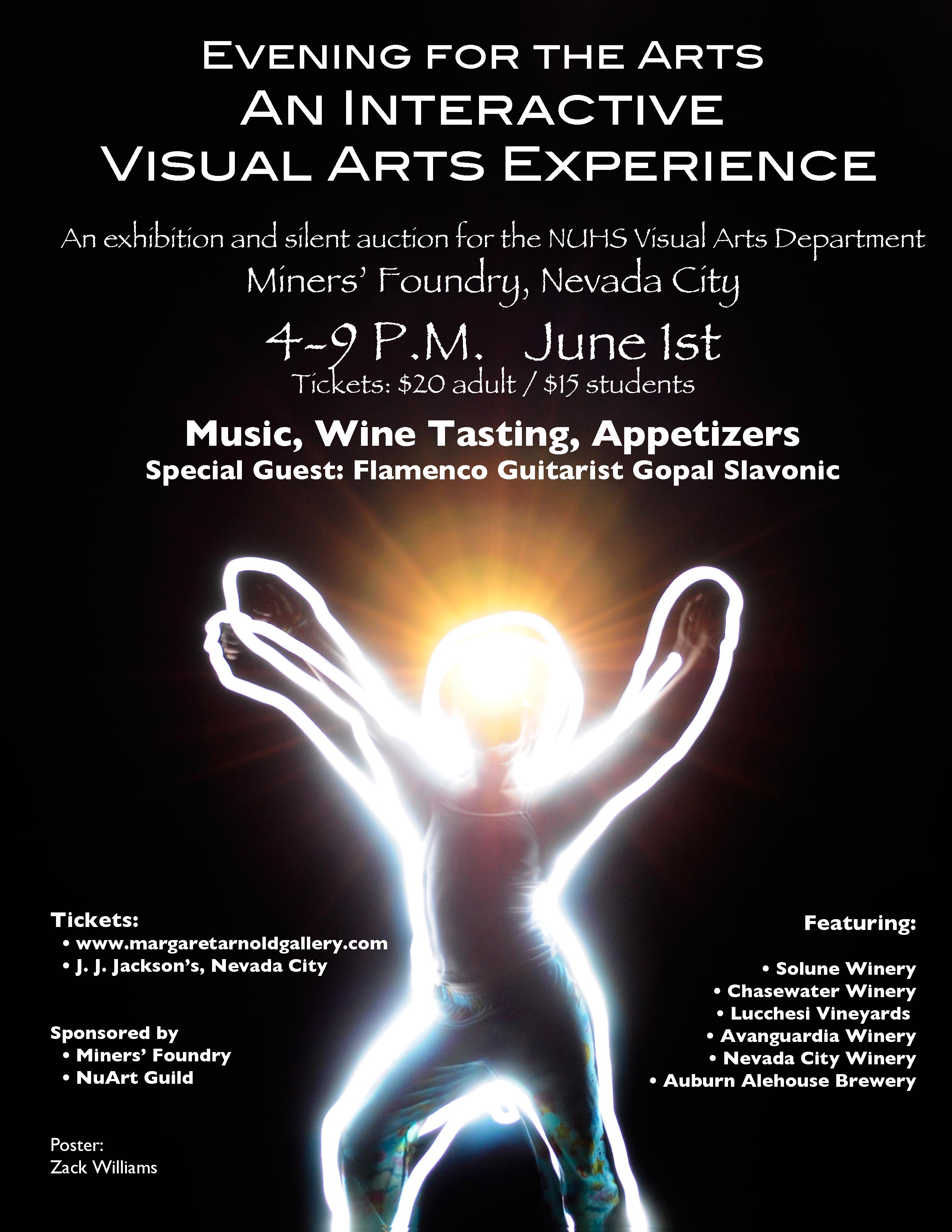