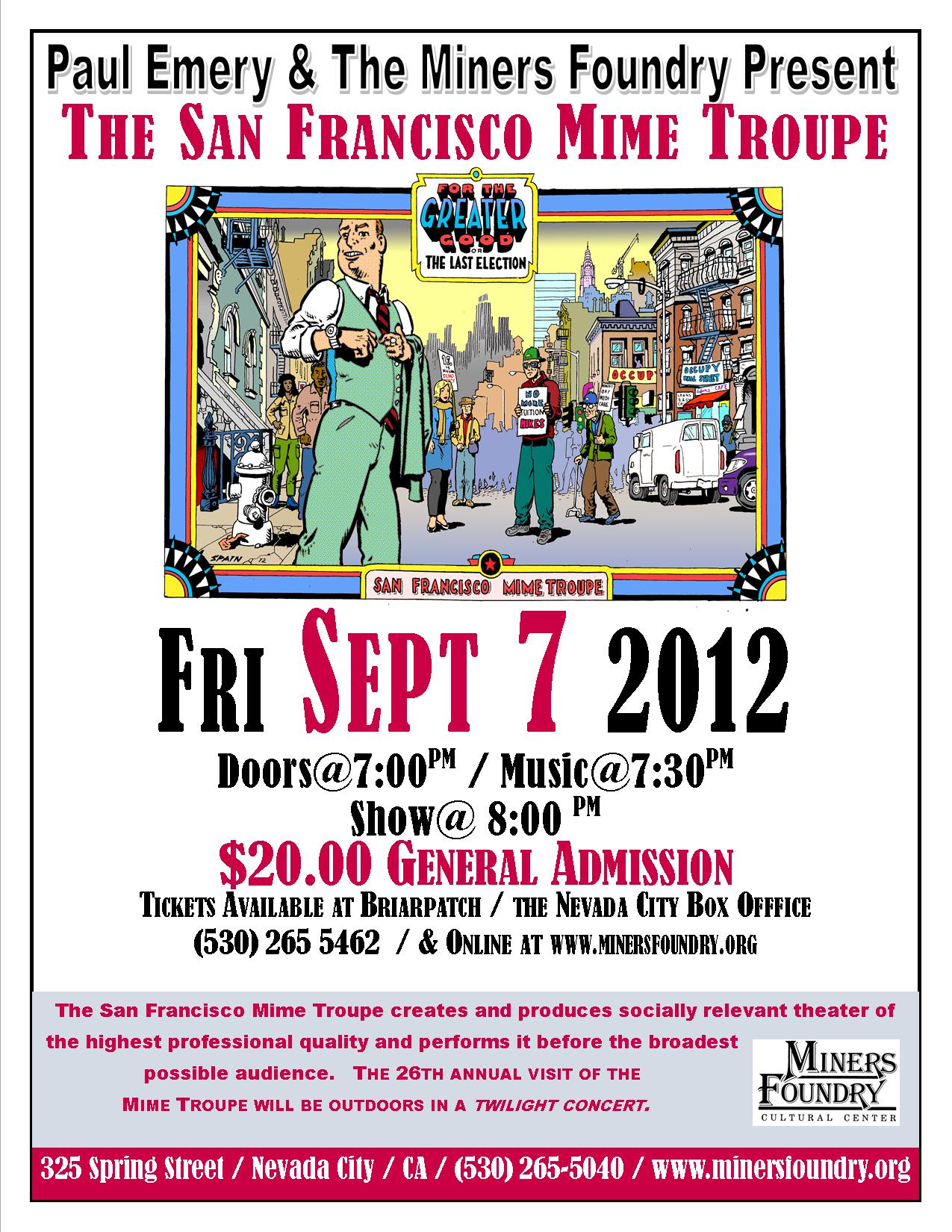 The San Francisco Mime Troupe will preform in an outdoor Twilight Show on Friday, September 7, 2013, marking their 26th annual visit to Nevada County.   Doors open at 7:00 p.m., the music begins at 7:30 p.m., and the show begins at 8:00 p.m.  The mission of the San Francisco Mime Troupe is to create and produce socially relevant theater of the highest professional quality and perform it before the broadest possible audience.  “For the Greater Good, or The Last Election” is a tale guaranteed to warm the heart of every billionaire.  Based on the classic 19th century melodrama “The Poor of New York”, the Troupe turns the story on its head, telling it from the point of view of the misunderstood Godzillionaires who have made this country what it is today:  broke.  Food and beverages will be available for purchase.  Tickets are $20.00 for General Admission, and are available online, by phone or in person at the Nevada City Box Office, (530) 265-5040, or in person at Briar Patch.

“The San Francisco Mime Troupe is America’s oldest and finest street theater… more professional than most of our presumably professional companies.”  ~ The New York Post

About the San Francisco Mime Troupe…

The San Francisco Mime Troupe does plays that make sense out of the headlines by identifying the forces shaping our lives, and dramatizing the operation of those giant forces in small, close up stories to help the audience feel the impact of political events on personal life.  The Troupe does not do silent pantomime.  The use of “Mime” comes from the ancient sense, to mimic.  The Troupe talks, sings, and generally makes a lot of noise.  They are satirists, seeking to make you laugh at the absurdities of contemporary life and to see the causes.  The Troupe has done shows about most of the burning issues of our time, generally debunking the official story.  They perform everywhere from public parks to palaces of culture, aiming to reach the broadest possible audience. 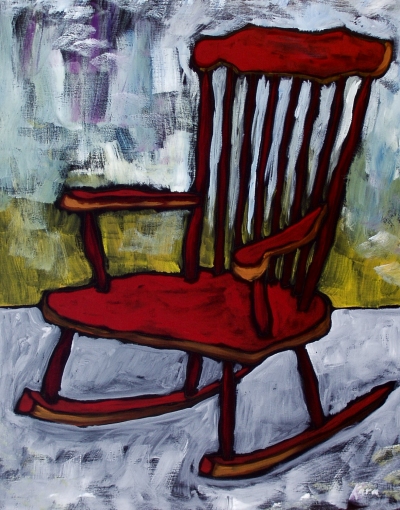 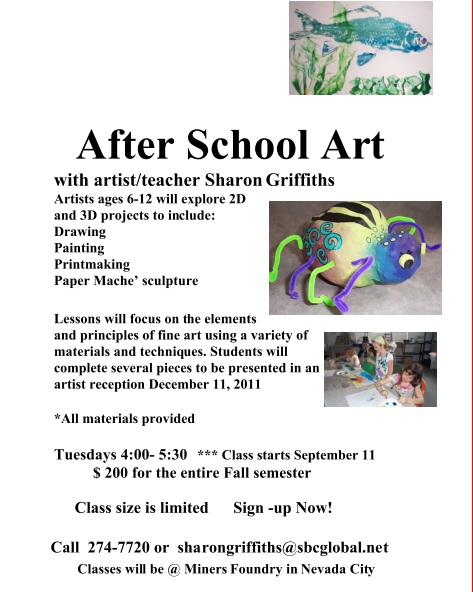 After School Art Classes with Sharon Griffiths ~ Tuesdays ~ September 11 through...
Scroll to top