The Miners Foundry and (((folkYEAH!))) will present Dungen with special guests Once and Future Band, on Friday, August 11, 2017 at the Miners Foundry.  Often classified as progg or psychedelic rock, Dungen is also influenced by folk music, classic rock, progressive rock, garage rock, and alternative rock.  Doors open at 7:00 p.m. and the show begins at 8:00 p.m.  Standing / dancing show with limited seating.  Tickets are $15 in Advance and $20 at the Door.  Ticketing fees may apply.  Tickets may be purchased online, by phone or in person at the Miners Foundry Box Office, or in person at Briar Patch Co-Op. 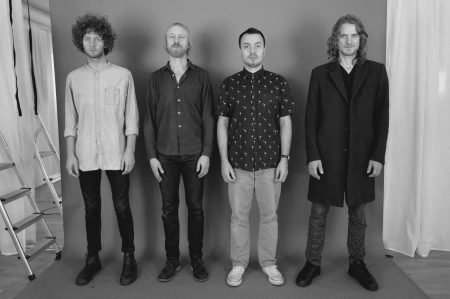 Dungen frontman/mastermind Gustav Ejstes has been making music for nearly 20 years.  As a teenager in rural Sweden, he became obsessed with hip-hop and sampling.  Digging through crates and searching for obscure source material provided him with an informal education in 60’s pop and psychedelia.  In 2007, Dungen coalesced into a fully democratic band, with members Reine Fiske, Mattias Gustavsson, and Johan Holmegard helping Ejstes to realize his vision while adding flourishes of their own.  As a result, Dungen grew into one of the best and most consistently inventive psych rock bands in the world. 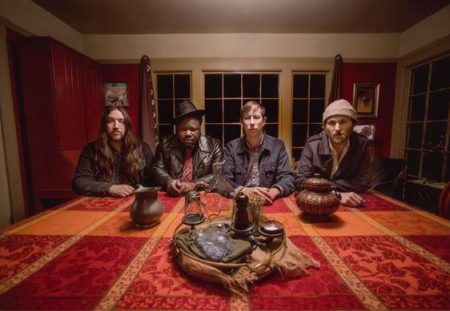 Once and Future Band is an incredibly accomplished cabal of total prog wizards who have circled the earth, but then, these are the accomplished gentlemen of  many former pursuits (the formidable Drunk Horse among them), and all of them comets themselves.  The very mid 70’s vibe at work here surpasses pastiche, and crests that lovely anachronistic conceptual peak;  a fully realized and meticulously arranged psych record, meant to be listened to from top to bottom, with the lights down low and in a comfy chair perhaps, or while gazing out the window of your life pod.