A sweet taste of Parisian life comes to Nevada City, this Friday, July 20, 2012.  The Nevada City Film Festival and the Miners Foundry Cultural Center will present “Amélie”, the 2001 award-winning, charming, romantic film starring Audrey Tatou, and directed by Jean-Pierre Jeunet, about what happens when one woman decides to change the world by changing the lives of the people she knows.

Part of the Food & Film Series that pairs a beloved classic film with a unique dining experience, “Amélie” will screen in the historic Osborn and Woods hall at the Miners Foundry Cultural Center where state of the art projection and sound will be brought in for the audience’s viewing pleasure.

Following the film, music from Beaucoup Chapeaux, will be hosted in the beautiful Stone Hall where Isabelle Chaumont of Soul Kitchen Crêperie will serve classic French crêpes a la carte.  Enjoy an array of French Wines from at the no-host bar with your crêpe.

Much like Amélie, Isabelle Chaumont is changing the lives of those around her one crêpe at a time.  Growing up in the South of France, Isabelle was heavily influenced by both the French and Mediterranean flavors of her childhood.  She moved to Nevada City in 2003 for the great schools, Yuba River, and sense of community.

“I have traveled all over the world,” explains Isabelle.  “It is so loving here.  It is a big tribe of great minds.”

Isabelle opened her business in 2004 and quickly realized that at the time no one was serving delicious and healthy food at the many festivals that were traveling through the area.  To date she has served her crêpes at over 17 Northern California festivals.  Her customers know they can always expect the freshest ingredients which are often local, seasonal, and organic.

The Food & Film Series is more than just a movie, it is an experience not to miss – watch a beautiful film such as Amelie, enjoy one (or maybe two) of Isabelle’s crêpes, listen to fantastic music from Beaucoup Chapeaux, and laugh with new & old friends.

Meet the Vendors at this year’s Nevada City Craft Fair 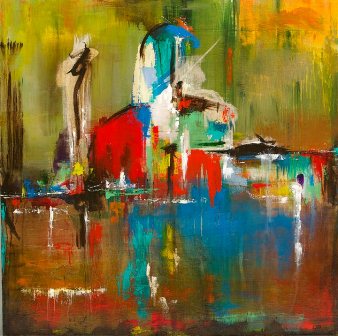 Hats off to Kasia Severaid!
Scroll to top