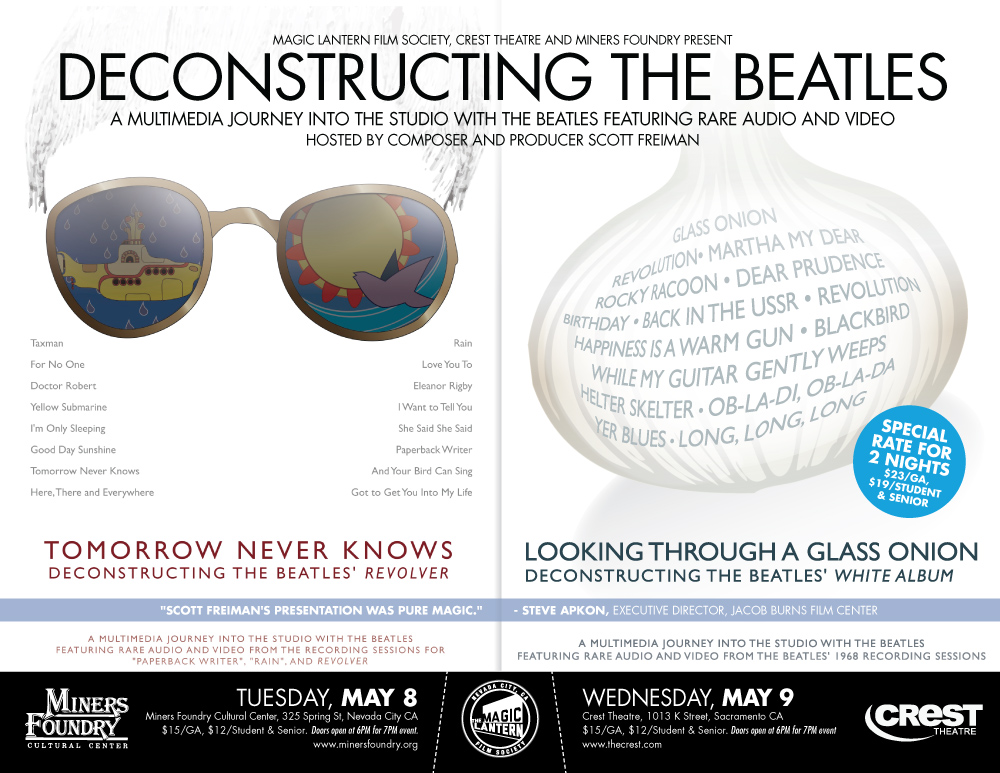 Back by popular demand, The Nevada City Film Festival, Crest Theatre and Miners Foundry Cultural Center present 2 nights of “Deconstructing The Beatles  – A Multimedia Journey Into the Studio with The Beatles”, Tuesday & Wednesday, May 8 & 9, 2012.   Hosted by composer, producer and Beatles expert Scott Freiman, this popular presentation SOLD OUT last February at both venues and has been hailed as “pure MAGIC”.  The presentation features rare audio, unreleased video, numerous first-hand sources, anecdotes and more to uncover the reasons why their music continues to be loved by millions.

The historic Miners Foundry Cultural Center in downtown Nevada City, CA (just a one hour drive North from Sacramento) will host the first of this two-night extravaganza with the 2-hour presentation “Tomorrow Never Knows: Deconstructing The Beatles’ Revolver”.  The Beatles’ Revolver is a groundbreaking album that routinely tops “Best Album” lists.  The 1966 album launched a period of studio experimentation for the Beatles that coincided with the end of their concert performances.  With memorable songs such as “Eleanor Rigby”, “Yellow Submarine”, and “Tomorrow Never Knows”, the Beatles pushed popular music to a place it had never been.

Using rare audio and video clips, as well as anecdotes about the creation of the songs, Tomorrow Never Knows: Deconstructing The Beatles’ Revolver, explores the groundbreaking production techniques that went into producing this landmark piece of music history. In addition to many of the tracks from Revolver, Mr. Freiman will also explore the creation of two other songs recorded during the same time period, “Paperback Writer” and “Rain”.

Wednesday night’s presentation at The Crest Theatre is on The Beatles’ 1968 self-titled album (commonly referred to as the White Album).  The White Album is the bestselling album of the Beatles’ career.  Its thirty songs span almost every style of music – from hard rock to country to chamber music to avant garde.  Its recording took place during a remarkable year in Beatles history that included a lengthy trip to India and the arrival of Yoko Ono.  In “Looking Through A Glass Onion: Deconstructing The Beatles'” White Album, Mr. Freiman takes Beatles fans young and old into the studio as the band creates this masterpiece. Mr. Freiman will discuss the creation of “Revolution”, “While My Guitar Gently Weeps”, “Blackbird” and many other classic songs from the White Album.

Looking Through the Glass Onion: Deconstructing The Beatles’ White Album 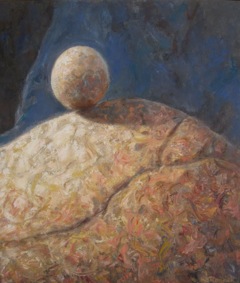 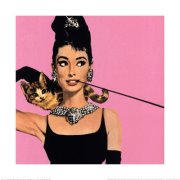