Chali 2na & The House of Vibe 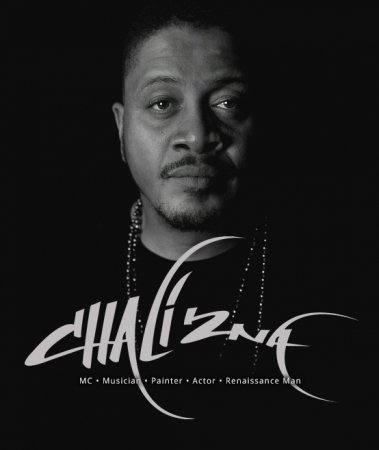 Most known for co-founding music groups Jurassic 5 and Ozomatli, Chali 2na released his debut solo album “Fish Outta Water” in 2009.  Since then, he has been touring the world with his 3 piece band known as the House of Vibe.  Breathing new life into his musical past, he recently announced “Against The Current”, a music and art project that combines a series of genre bending EPs with a coffee table book featuring orginal artwork and photography from Chali 2na himself.  Chali’s growing reputation as a Hip Hop Legend paints a bright future as he continues to build momentum with his artwork, voice over work, and an increasing variety of performance collaborations including his most recent partnership with UK Producer, Krafty Kuts.

Born in Portland, Oregon, now hailing from the ganja and gold country of Northern California, Galactik Vibes is full of energy every time he ignites the stage.  After 6 years of foundational career building through mixtapes, hundreds of live shows, music videos and more, he turns up the pace.  Bringing you a fast flow with positive and conscious content, Galactik Vibes is a nationwide touring and recording artist with deep roots in the original hip hop culture and a reggae influced feel to his up tempo lyrics.  If you have had the chance to catch one of his live shows, you will remember his genuine and eccentric performance.

From the hills of Northern California, Mass Conscious Music brings you CONNECTED!  A fast paced, conscious influenced hip hop MC with multiple layers of messages for one to tune into his or her Higher Self.  Emphasis on keeping the vibes high and opening the mind’s eye!

Support Jonah and His Family
Scroll to top