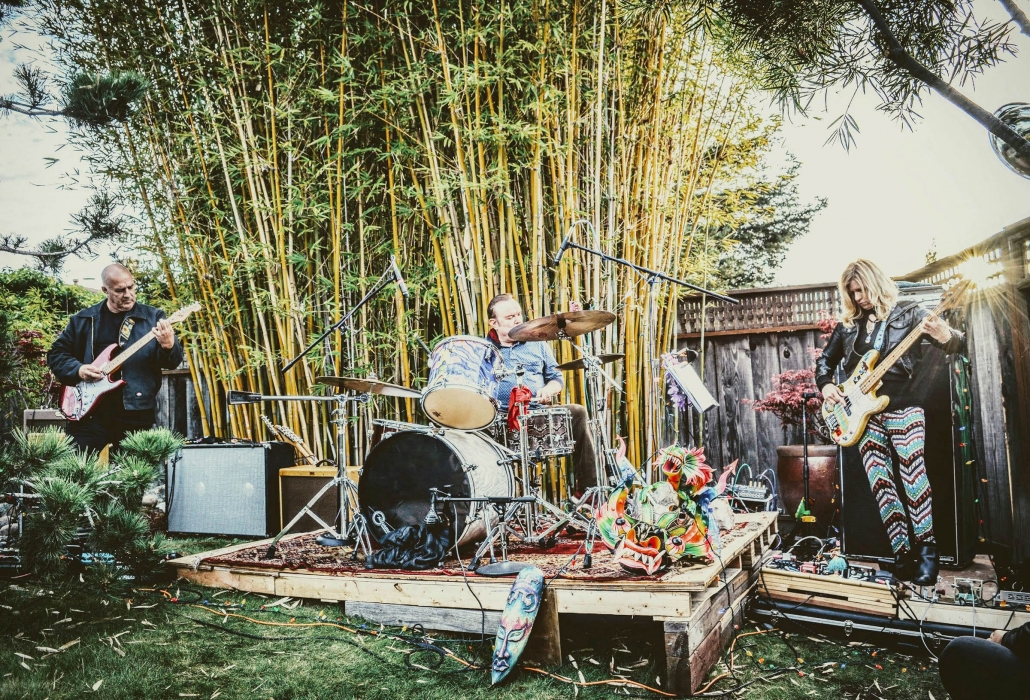 On Friday, June 21, 2019, at 8:00 pm, The Miners Foundry, in co-production with Rick Ewald and Over The Ledge Productions, will present psychedelic instrumental trio The MERMEN featuring Nevada City local bassist Jennifer Burnes.

On this evening she returns to her hometown, where she put down her musical roots and began her career as a bass player.

This event will celebrate the release of The MERMEN’S brand new recording “A Murmurous Sirenic Delerium” along with a screening of a new short film titled “Lost and Found (the film archives of Greg Noll.)”

ABOUT THE SHORT FILM

The short film, “Lost and Found (the film archives of Greg Noll)” is “The quest to preserve legendary big wave surfer Greg Noll’s historic surfing footage, and a personal view of a legendary big-wave life. The film is directed and narrated by Maverick’s big wave surfer Grant Washburn. Greg Noll is one of the iconic pioneers of surfing big waves, surfing some of the biggest waves in the history of surfing. The MERMEN composed original music for the film and will perform a live concert immediately following the film, containing songs from the movie as well as other albums, including their latest release.

The Mermen are an American rock band from San Francisco, California that formed in 1989. The group’s sound was originally rooted in instrumental surf and psychedelic music of the 1960s. Although their music delves into many genres, the sound is non-commercial and is mainly influenced by the band’s founder, songwriter and guitarist Jim Thomas’ modern melodic visions. The band’s music is entirely instrumental and “does a good job of defying description”, not fitting neatly into any musical genre. In concert, the Mermen always perform as a trio: electric guitar, electric bass, and drums. (Jennifer Burnes on bass, Martyn Jones on drums) Their music is rooted in the kind of reverb “surf ” music sound made by Duane Eddy, the Ventures, Dick Dale and Link Wray, and Jack Nietzshe.( i.e. The Lonely Surfer). Their sound is often described as distinctly of the American West (especially the West Coast)

During live shows, Mermen songs often morph into lengthy improvised variations on a theme a la the Grateful Dead with new pieces of music created on the spot.

The Mermen have released 12 albums and have received numerous awards for their work. The music has appeared in dramatic films, plays, commercials, documentaries, surf films, television shows, and on the radio. They have performed at the Burning Man Festival 10 years in a row. 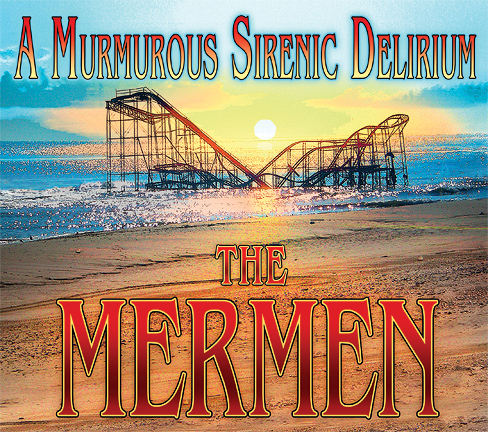 The Mermen have received an extraordinary amount of positive critical review from the music press – where the songs are described as “instrumental tone poems,” “sonic landscapes”, “wordless odes.”

The best Rock and Roll is poetry in motion, with or without words – and some of the best records of 1995 came without. The Mermen play an extreme brand of surf music, the black minor-chord moods of guitarist Jim Thomas are like a rough ride on the icy seas of the mid- Atlantic. Hints of Dick Dale filter through the cracked-sidewalk waveforms of Sonic Youth. But on long hauls like the nine-minute “Obsession for Men,” Thomas sounds more like Neil Young at the wheel of Crazy Horse.
– David Fricke, ROLLING STONE

Jim Thomas builds crashing waves of sound that would do Pink Floyd proud. Thomas’ unique vision has never sounded better than this….. sterling set of tone poems that swell up like the sea itself…the psychedelia dominates….Far from the calculating, cultivated rock so common these days. The Mermen’s Road Show album is a tour de force by an inspired musician following his own vision”
– Joel Selvin, San Francisco Chronicle

Doors are at 7:00 p.m. The film begins at 8:00 p.m.  The MERMEN will perform beginning at 9:15 pm. Tickets are $20 General Admission with limited seating available.

A no-host bar will be available for food and drink purchases beginning at 7:00 pm.

The Foundry Sings
Scroll to top