Floater returns to rock Nevada City on St. Patrick’s Day with special guests Lonely Kings, Dr. Luna, and Downshift!  With intense and unforgettable live performances, Floater continues to sell out some of the largest concert halls across the west. Both electric and acoustic performances have swollen their concert attendance over the past several years.  Their sound includes elements of rock, psychedelia, reggae, pop and even jazz and is wholly original.  Doors open at 5:00 p.m. and the show begins at 6:00 p.m.  Tickets are $20 and are available online, in person, or by phone at the Nevada City Box Office, (530) 265-5462 or in person at Briar Patch Co-Op. FLOATER, hailing from Portland, Oregon, has received two preliminary Grammy nominations, toured the USA and Canada, and recently released their most critically acclaimed record to date, “Wake.”  They have been described in the press as “The nearest American thing to perfection” and “One of the greatest power trios in modern music.” Their fan base has grown over the years to a fever pitch and Floater fans are legendary for their dedication.

Take hooks that are catchier than a cold at a daycare.  Add in a dark, moody, chaotic, yet melodic vibe.  Then mix that with an overwhelming powerful sonic assault of the senses, and you have, THE LONELY KINGS.  Nevada County natives now hailing from Sacramento, CA, The Lonely Kings have been spreading their Rock N’ Roll vision since 1995.  The Lonely Kings have played / toured with established acts such as AFI, Papa Roach, Sugar Cult, A Static Lullaby, the Misfits, the Bled, and At the Drive over the past 15 years. Started by frontwoman/singer/songwriter Rachelle DeBelle in 2010, local favorites DR. LUNA released their first album “Happy Full Moon” the eve of the Super Moon May 4th, 2012. They toured the west coast and spent a three month residency playing in Austin, Texas where the tour ended. Now back in Nevada City, CA, Dr. Luna is said to be preparing for a full Spring of Northern California performances, and finishing up their new album “The Riot of Comprehension”, to be released by March 2013. DOWNSHIFT,  a hard rock power trio, was birthed in 2007 in the Grass Valley / Nevada City area in Northern CA.  Lawson Smith, Nick Doty, and Ryan Riley all have odd musical tastes ranging from outlaw country all the way to death metal and anything and everything in between.  With such a wide array of influences, Downshift’s music tends to appease all types of musical pallets.  They love to perform and have shared the stage with great bands like Lonely Kings and Devils Train.  With great grooves, smooth lyrics, and tasty licks, Downshift’s got a sound everyone can get into.

The Miners Foundry is pleased to present Rob Wynia (of FLOATER) & The Sound on Monday, October 23, 2017.  Robert Wynia and The Sound will perform the song’s of Robert’s recently released record Brave the Strange as well as a complete set of Floater favorites.  Doors open at 7:00 p.m. and the show is at 8:00 p.m.  This is a standing / dancing show with limited seating available.  Tickets are $20 in Advance and $25 at the Door.  Tickets are available online, by phone, or in person at the Miners Foundry Box Office, or in person at Briar Patch Co-Op.  Ticketing fees may apply.  Tickets on sale August 25 at 10:00am. 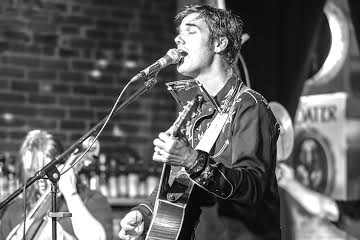 With an acclaimed history as the front-man and creative force behind Floater (a 2017 Inductee into the Oregon Music Hall of  Fame), Robert Wynia has released his second full length solo album titled Brave the Strange.  The new album explores change, loss, and new beginnings, all with a luscious backdrop of warm strings, vintage keyboards, and rich, melodious vocals.  Featuring some of the Pacific Northwest’s best and most loved musicians, Brave the Strange delivers a unique and cinematic musical landscape.  Songs ranging from roadhouse blues-style Americana to hypnotic ambient soundscapes to classic album rock flow seamlessly together and leave the listener wanting more.  Fans of Roger Waters, Ray LaMontagne, The Doors, and Fleetwood Mac will fall in love with Brave the Strange.

Robert Wynia is based in Portland, OR, producing and performing acclaimed rock and pop music, and has influenced the Northwest music scene for over 20 years.  Brave the Strange was recorded at Wynia’s own Curiouser studios and Mazinga Studios in Portland. 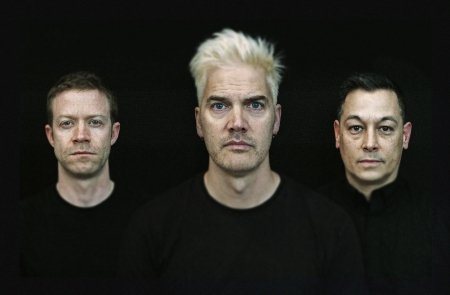 Bringing back the music revered by their legions of dedicated fans, Floater returns to the stage on the heels of the release of their latest studio album, The Thief.  With intense and unforgettable performances, Floater is legendary for their ability to bring music fans out in droves, for over two decades.  Floater’s sound is rife with progresive, psychedelic rock, reggae, and pop.  A rare and truly progresive rock band, Floater is well-known for a sound that creates a push me, pull me effect on the audience.  The band alternately excites and serenades the crowd with their unique range from high energy heavy rock numbers to melodious ballads.  Ask any longtime fan, a Floater show is ane xperience that rivals a rite of passage, blistering the soul with their epic storytelling and engaging stage presence. Malik took a firm hold of the ax duties, completing the formation of what would soon become the 3rd Sound Dimension.

With musical tastes ranging from hard rock and metal all the way to country and classical it’s hard to put a finger on just exactly how 3SD’s sound would be described.

One thing’s for certain though: their songs, styling, and swagger are sure to grab your attention, make your head bob, and your booty move.